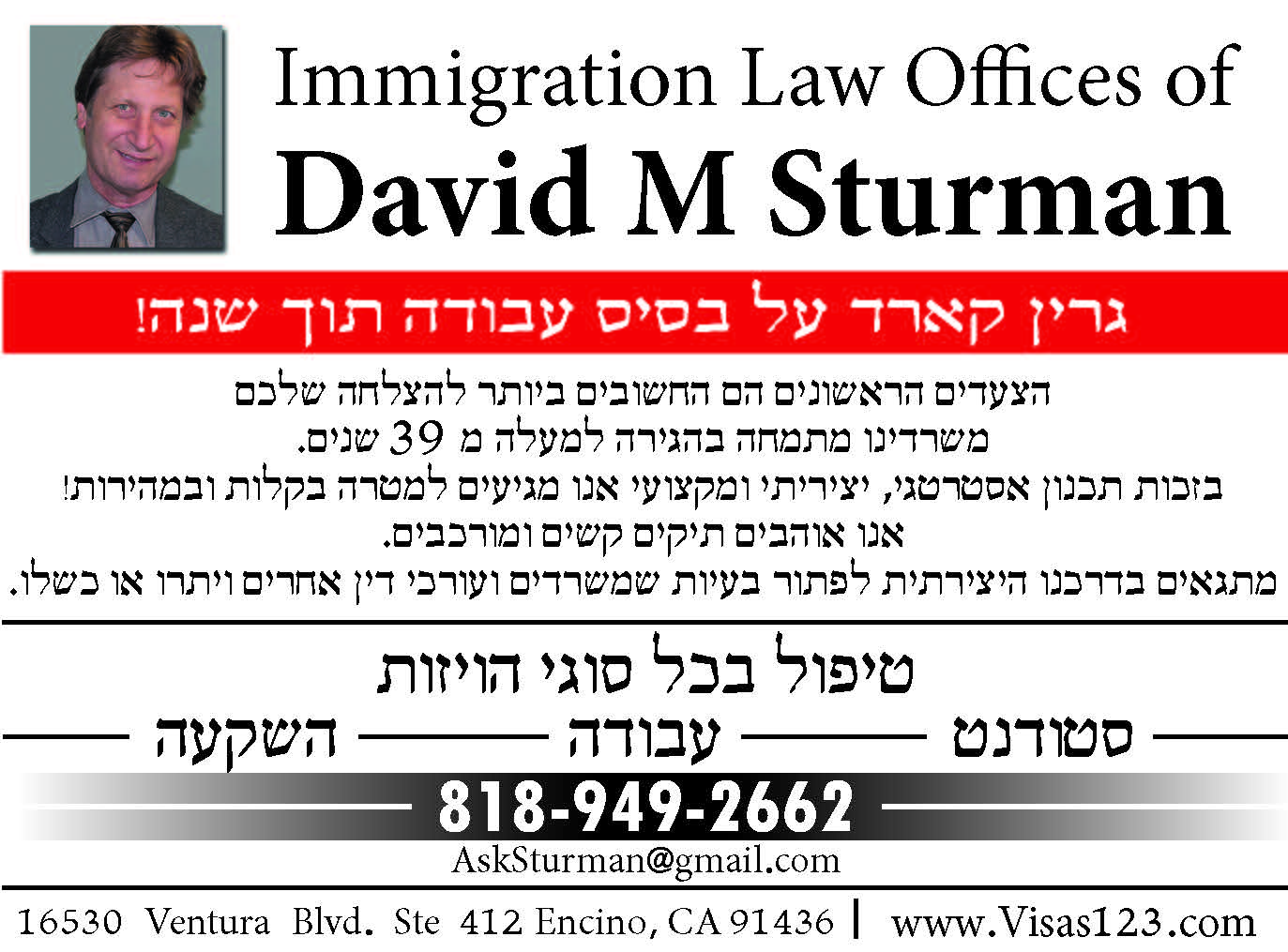 David Sturman is recognized as one of the best immigration lawyers in Los Angeles. He has dedicated his long career to immigration law, practicing immigration and nationality law exclusively since 1980. His reputation as a strong honest advocate and a fighter for the rights of his clients is well known.

David Sturman is a graduate of Loyola Law School, Los Angeles, California 1979. He served on the Executive Committee of the Los Angeles County Bar Association, Immigration Section as a secretary in this organization. He has in the past also been active in the American Immigration Lawyers’ Association. In 1997 Mr. Sturman actively participated in strategy sessions of the ITAA (Information Technology Associated of America) in their successful efforts to minimize adverse immigration consequences of H-1B legislation pending with Congress at that time.

David Sturman is admitted to practice before the U.S. Ninth Circuit Court of Appeals, the U.S. District Court for the Cenral District of California, there are others and before the Executive Office for Immigration Review, including the Office of the Immigration Judge and the Board of Appeals.

As a leading immigration lawyer in Encino, CA, he and his immigration law firm in Los Angeles have deep experience with both immigrant/nonimmigrant visa, removal and Federal Court/ Circuit Courts. His cases have been published and he was successful in the class action Dayo, et al. v. Napolitano, 11-cv-00728, in the United States District Court for the Central District of California, which dealt with rights of aliens to obtain work permits which fight removal.

Mr. Sturman is one of the best immigration lawyers in Los Angeles and regularly represents both petitioners and aliens in U.S. District Court in both mandamus actions to force delayed government adjudication and in actions for declaratory relief to review decisions of the USCIS.

Besides representing clients before the USCIS and the U.S. State Department, he also actively represents clients facing deportation and removal proceeding before U.S. Immigration Courts.

With over 36 years of practice, this Los Angeles immigration law firm led by David M. Sturman has seen it all and has invaluable experience that other attorneys lack. He is honest and forthright and always provides clients with impeccable service and strong representation.